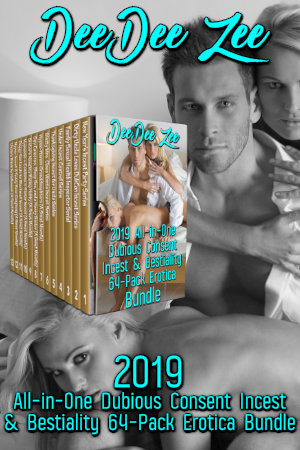 Every DeeDee Zee title released in 2019 collected into a single bundle. That’s 64 Titles (57 shorts and 7 novellas) in one go!

Every DeeDee Zee title released in 2019 collected into a single bundle. That’s 64 Titles (57 shorts and 7 novellas) in one go! Father-daughter, mother-daughter, father-son, mother-son, brother-sister, sister-sister, uncle-niece, grandpa-granddaughter, even the family dog, and lots of creampies.

New Year’s Incest Party Series (06 shorts)
It’s New Year’s and these party-goers are using the festivities, along with some other other things, to get as much incestuous sex as they want.

Family Sexual Health Inspector Serial (10 shorts)
Hypnosis makes his family think his job requires him to have sex with his mom and sisters any way and every way he wants.

Hypno-Harem Granddaughters (A Smut Novella)
Grandpa used a long con to snare one granddaughter with his sexual hypnosis, and then used her to get the others.

Hypnosis + Condoms = Sister Incest (A Smut Novella)
A mind control app will convince his sister that condoms make incest totally okay, even if he’s not really using one.

Doggy Sex Leads to Blackmail Incest (A Smut Novella)
A quick romp with the dog leads to her brother blackmailing her into doing every sexual thing he wants or else.

Uncle’s Bitch by Halloween (A Smut Novella)
He’s training his niece to be his obedient bitch who is eager to please him in every way, and doing it by Halloween.

Other Books in "All-in-One Bundles" 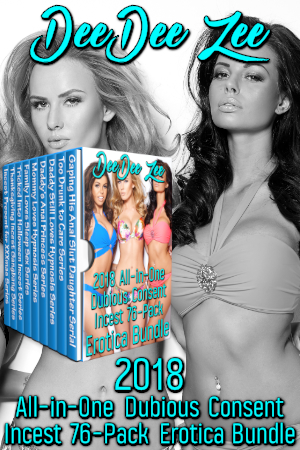 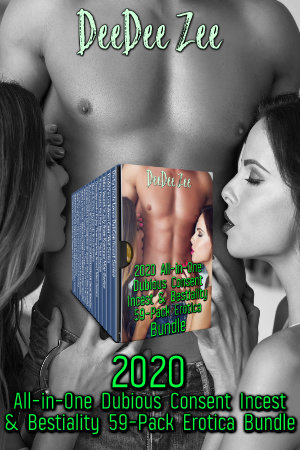